The Federal Reserve, facing an economic recovery that it termed “more modest” than anticipated, said Tuesday it will stop shrinking its huge portfolio of securities by reinvesting the proceeds of maturing mortgages in U.S. Treasury debt.

The Fed move is largely symbolic and is unlikely to stimulate the economy significantly. But the shift in the management of its portfolio—and an accompanying statement—underscored Fed officials’ concern about the vigor of the economic recovery. It also opens the door for bigger purchases of Treasurys or other securities should the economy falter or the risk of deflation grow, though the hurdle for such action remains high. 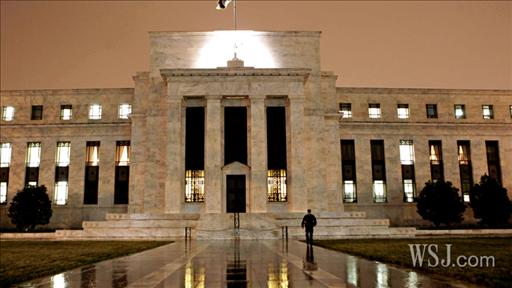 The Fed moved to prevent its huge balance sheet from shrinking, an effort to spur the U.S. economy’s recovery and avoid deflation.

Downgrading its assessment of the economy, the policy-making Federal Open Market Committee said the recovery “has slowed in recent months,” and that the “pace of economic recovery is likely to be more modest in the near term than had been anticipated.” The committee repeated its commitment to keep its target for the federal funds rate, at which banks lend to each other overnight, at “exceptionally low levels” for an “extended period.”

The stock market jumped by more than 100 points after the Fed’s 2:15 p.m. announcement, but the Dow Jones Industrial Average ended the day at 10644.25, down 54.50 points, as investors focused more on the Fed’s bleak outlook than on the small step it took. Early Wednesday in Asia, markets were weaker in reaction to the Fed, with Japan’s Nikkei Stock Average down 2.2%. 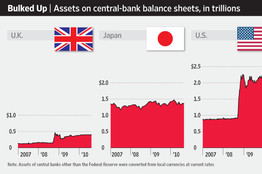 After cutting short-term interest rates nearly to zero in December 2008, the Fed essentially printed money to expand its portfolio of securities and loans to above $2 trillion, from $800 billion before the global financial crisis. Its purchases of mortgage-backed securities and U.S. Treasury debt, aimed at keeping long-term interest rates down, were discontinued in March. The Fed began talking about an “exit strategy” from the unprecedented steps it took to prevent an even deeper recession.

But on Tuesday, the Fed shifted its stance. It said it would act to keep its securities holdings constant at around $2.054 trillion, the level on Aug. 4. Had the Fed not acted, its mortgage portfolio was set to shrink by $10 billion to $20 billion a month, as mortgages matured or were paid off early. Now, the Fed will reinvest those proceeds in U.S. Treasury securities of between two- and 10-year maturities.

Some Fed officials have been uncomfortable with the size of the Fed’s position in the mortgage market. To assuage their concerns, the Fed won’t be enlarging its mortgage holdings.

The already low yield on 10-year Treasury debt dropped further on Tuesday, to 2.779%, as markets concluded the Fed will keep its target for short-term rates low for longer than some had expected—perhaps until late 2011 or even 2012. Futures markets priced in a 16% chance of a rate hike at the June 2011 meeting, down from 28% before the Fed statement came out. 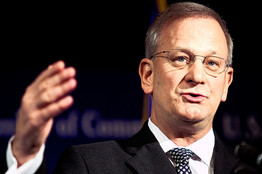 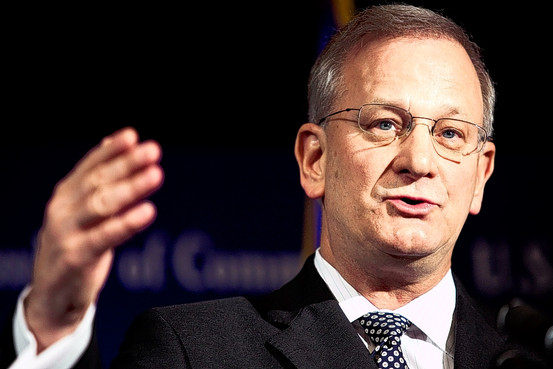 The Fed statement noted that “measures of underlying inflation,” already low, “have trended lower” lately and are “likely to be subdued for some time.” Some Fed officials, as well as private economists, have been warning that the risk of deflation—broadly falling prices and wages across the economy—is rising. A Wall Street Journal survey of economists, mostly from Wall Street, found this week that, by a two-to-one margin, they see deflation as a greater risk over the next three years than inflation.

With interest rates as low as they can go, the Fed has few attractive options to resist deflation. The main one is to print money—electronically—to resume large-scale purchases of securities.

“That option is now waiting in the wings should the recovery show clear signs of faltering and core inflation continue to trend lower,” said Deutsche Bank chief economist Peter Hooper. “The bottom line is that this Fed is now clearly more concerned about downside risks to the economy and inflation than upside risks, and it will take a dramatic improvement in macroeconomic developments to restart an active discussion of exit issues.”

Fed officials spent the weeks ahead of Tuesday’s meeting contemplating how to address an economy that was losing momentum. The government estimated late last month that growth slowed in the second quarter to a 2.4% annual rate, too slow to bring the jobless rate down quickly. More recent data suggests that figure could be revised down below 2%, raising questions about whether the economy is, as Federal Reserve Chairman Ben Bernanke has put it, achieving “escape velocity” so it can flourish without extraordinary government support.

Consumers, worried about jobs and wages, remain reluctant to spend, and are instead paying off debt and increasing savings. Businesses, although flush with cash, lack the confidence to step up hiring, and they have been increasing production without adding jobs. On Tuesday, the Labor Department suggested that trend may be coming to an end. Nonfarm business productivity, or output per hour, declined 0.9% in the second quarter, after five quarters of strong growth. That could squeeze corporate profits, but also boost prospects for the job market.

Although big-company earnings have been generally strong, the National Federation of Independent Business on Tuesday said its small-business optimism index fell to 88.1 in July, from 89 in June, the second decline after improvement earlier in the year. Smaller firms indicated growing pessimism about future economic conditions.

The vote by the Fed policy committee, on which the Fed governors in Washington and five of the 12 regional Fed bank presidents cast votes, was 9-1. Federal Reserve Bank of Kansas City President Thomas Hoenig dissented for the fifth time this year, objecting to the Fed’s commitment to keep rates exceptionally low for an extended period. The Fed said Mr. Hoenig believed the economy “is recovering modestly, as projected,” and didn’t think holding the central bank’s balance sheet constant “was required to support a return to the committee’s policy objectives.”